PROFILE OF THE DIRECTOR OF WORKS ENGR. AHMED FOLAJIMI ALESHINLOYE 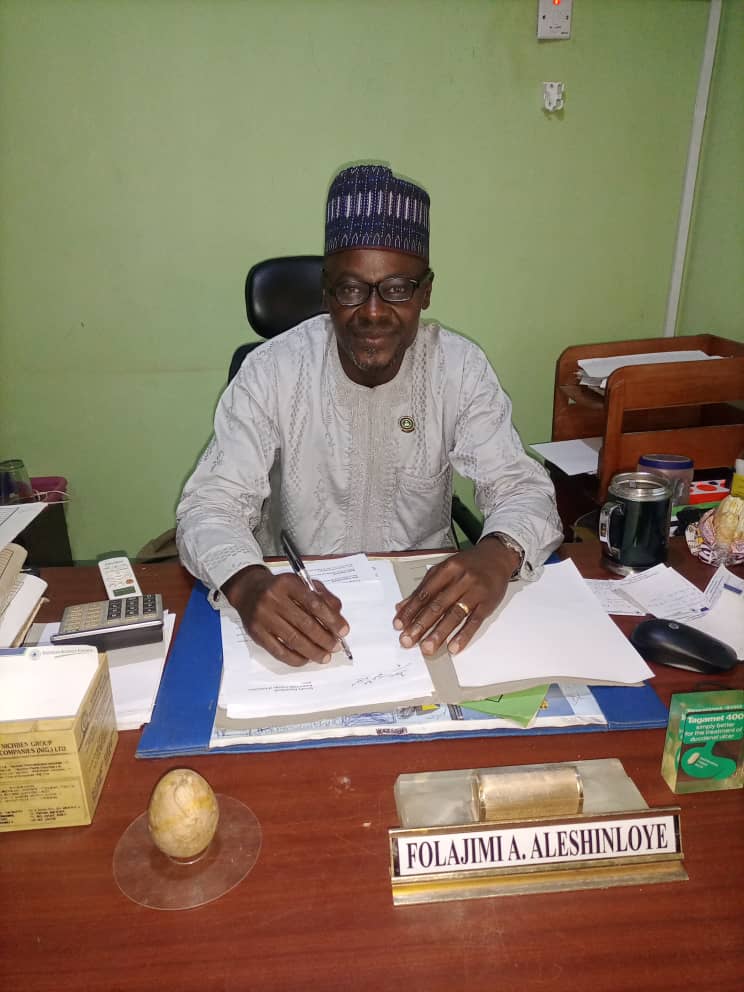 Folajimi Ahmed Aleshinloye was born on the 23rd July 1969 in Kaduna, Kaduna State. He attended Ireti Primary School, Ikoyi, Lagos State between 1974 and 1980 for his Primary School Leaving Certificate and Government Secondary School, Ilorin in 1980 to 1985 for his West African School Certificate.

He then proceeded to the University of Ilorin, Ilorin, for his B.Eng. Civil Engineering between 1992 and 1999.

In September 1994 Mr. Aleshinloye joined the service of YOLAS Consultants, GRA, Ilorin as an Engineer Assistant, Stabilini Visinoni Limited, Lagos as an assistant to Site Supervisor in 1998 and joined the Kwara State College of Education, Ilorin as an Administrative Officer in 2001 and rose through the ranks to become the Chief Engineer in the Works Department of Kwara State College of Education, Ilorin.

He was the Deputy Director, Technical Services, Directorate of Communication and Information Technology (DCIT) between November 2017 and November 2020. He became a member of The Council for the Regulation of Engineering in Nigeria (COREN) in December 2017.

Aleshinloye also attended a 3-Days Workshop on the Fundamentals of Contract Administrative and Construction Management by The Nigerian Society of Engineers in 2008, he attended a conference on Peacebuilding & Collective Security Society for Peace Studies & Practice in 2008, he had AutoCAD Training from Plat Technologies Limited in 2009,  another training in Advanced Digital Appreciation Programme for Tertiary Institutions (ADAPTI) Digital Bridge Institute in 2016 and also a Mandatory Continuous Professional Education Course for Prospective Corporate Members in 2017.

Aleshinloye attended a Seminar on Effective Administrative Skills by the Directorate of Special Duties, Kwara State College of Education, Ilorin in 2015.

Aleshinloye has two literary works and his extra-curricular activities include Reading, Music, Computers and Self-Improvement programmes.